What does Cohesive do?

Cohesive is a platform that allows you to effortlessly create on-demand staging environments in your own cloud!

Have you heard of situations where many developers are vying for the same development environments to deploy AND test their code? All the way from their own local machine environment, to staging to QA to finally production! :)

And of course, the oft repeated sentence which is now a meme - It works on my machine! -- when the said developer's code works on their machine but doesn't work on other environments. This leads to problems such as:

Having faced the same problems as developers, we felt that this would be worth solving for and hence we built Cohesive! Cohesive gives developers an easy way to launch these environments in a single click and in a matter of minutes!

Traditionally, to launch a new environment, the following steps need to be taken:

Cohesive enables to standardize and templatize all of these using a no-code approach. Once the setup is done, it requires just a click of a button to launch and manage new environments, hence making what was earlier a laborious set of tasks, simple and easy. Debugging requires developers to have (almost) complete access to the environment, whereas traditionally, access is usually limited. Also, all of this data is usually scattered around different places.

Multiple developers can use these features to effectively collaborate in hunting down a bug and fixing it. 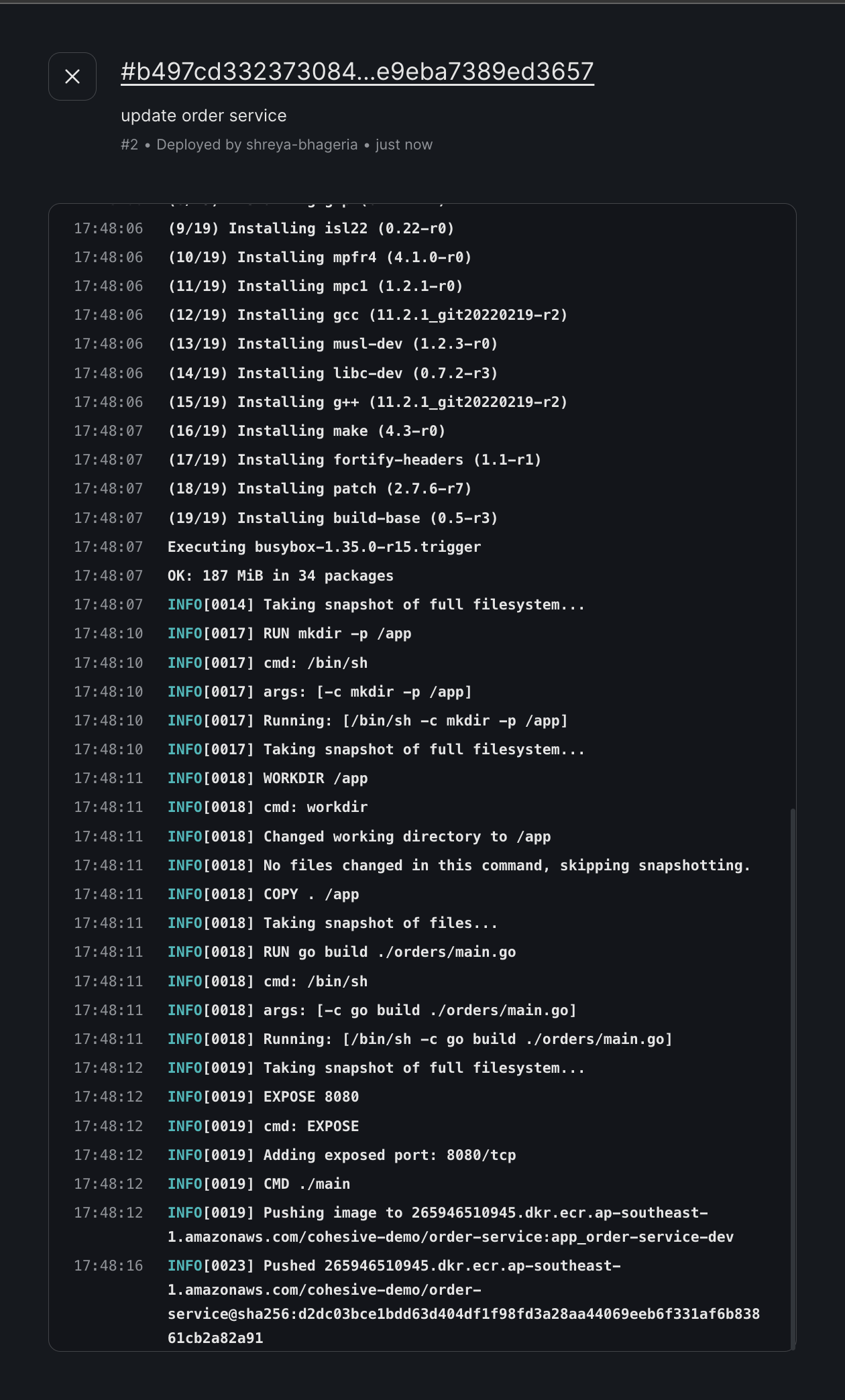 When working with complex environments, it is important to automate a lot of the critical workflows such that the developers do not need to take manual actions to follow development processes, deploy code, and prevent environments from breaking.
Cohesive enables these by providing automations such as

Organizations need to enforce certain policies to prevent accidental misuse of infrastructure. This might involve the following:

Cohesive lets organizations create these policies and automatically enforces them.